The following article was first published in the magazine of the Arcade Hotel.

Ever since the ancient times, people would narrate various stories that were, in a sense, interconnected. Iliad and Odyssey are two epic poems that both take place in the same setting –the same ‘universe’ as some would say: In the Odyssey, we learn about Odysseus’s decade long journey to his home, right after the war in Troy -which events are described in the Iliad. So, that makes the Odyssey a spin-off, but also a direct sequel. And not only the two stories shared characters and events, you could get a different part of the story, depending on the poet that would narrate it.

Nowadays,  it is taken for granted that media industries tell multiple stories that take place in one storyworld, using various formats including films, series, comics, books, games, and mobile applications to highlight different parts of that world. This is what we call transmedia storytelling.

The Marvel Cinematic Universe is, most likely, the most popular one at the moment. For eleven years, an immense amount of movies, television series, comics, and web shorts all narrate the struggles of super heroes against evils that threaten our world. What makes it more interesting is the fact that fans don’t have to read, watch, and follow each one of them. They can just watch the core movies (or not even all of them), and still get the story. They don’t need to worry about Daredevil, who only appears on Netflix; although by watching the Netflix series, they just add to the overall experience.

Looking at today’s entertainment industry, we notice that almost all major franchises include techniques in order to create a larger universe where different sorts of media content come all together to provide multiple facets of one same world.

But that has not always been the case. People were used to stories that begin and end in one medium. Some old stories, like the 18th century novel Pamela; or, Virtue Rewarded, tried to experiment a bit, since the story is presented in the form of a series of letters and journal entries. It took some experimenting and innovation, to establish what we see today in the entertainment landscape.

While it was not unheard of storytelling to take place in multiple media (e.g. old video games would often come bundled with a comic book or booklet), one of the franchises that popularised the practice was The Matrix. Apart from the three movies, it also spawned a collection of anime shorts (The Animatrix), and a few video games. The events of the anime shorts are being mentioned in the second movie (The Matrix Reloaded), while Enter the Matrix puts the player into the perspective of characters Niobe and Ghost. You can still get the entire story by just watching the movies, but if you play the games or watch the anime, you can understand some details even better; and that certainly adds to the experience. There was even The Matrix Online, a MMO game that was supposed to take place after the movie trilogy. Unfortunately, the game was shut down in 2009.

So, one thing we see for sure is that more and more companies are interested in producing large narratives that leave windows open for linkage with various other parts. But how good their strategies are? How accessible their content is? Let’s look at some suggestions of what would make a ‘good transmedia’ experience.

So, what an –ideally- good transmedia experience would be?

For starters, one that is certainly accessible to everyone. If parts of the larger narrative are on a website, then it should be a website that will not be blocked by regional restrictions. If it is comics or books, then they should be available to as a wide a market as possible.  A fan of a franchise may come from any part of the world. It is not nice (both for the fans and the company that owns the franchise) if people cannot access content, and be forced to resort to piracy or other similar means.

Also, apart from spatially accessible, it should also be everpresent too. I just mentioned The Matrix Online’s closure, and if we look around, we can certainly find more examples, like the Star Wars: The Clone Wars webcomics. These comics were short intros to some of the early episodes of The Clone Wars. They used to be available on StarWars.com, but after the site’s redesign, they were gone, with the only way to read them being either through the Wayback Machine or fan-made archives. A good transmedia experience should always be available for consumption, even in a different format (like movies that don’t stay forever in cinemas, but they are released later on DVD). 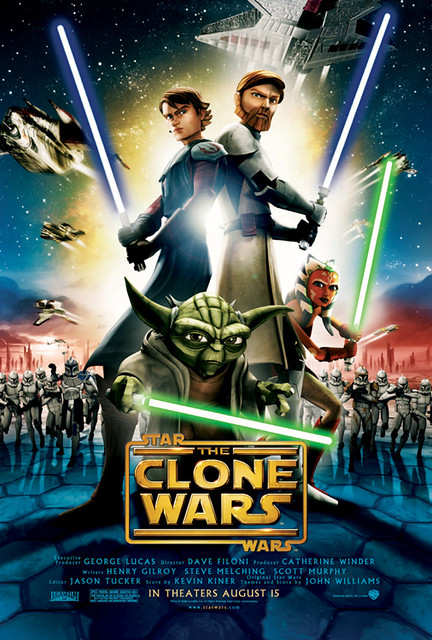 Last, I would suggest that a good transmedia experience would be one that anyone could jump in and follow. Quite often I see Marvel fans asking on-line what they need to have seen before going for Endgame, only to get varied answers. I understand that sometimes fans don’t have the time or willingness to invest on each and every aspect of a franchise. I believe that it is a good strategy when parts of a franchise refer to each other, without making them incomprehensible though. One idea would be to make different ‘blocks’ closely related to each other, with a looser connection to the rest of the franchise: much like the three trilogies of the Star Wars universe. The Force Awakens, for example, is a movie that a new Star Wars fan can watch, without having to have watched everything that came before –although recommended. And while, its sequel, The Last Jedi, requires knowledge of the previous movie, it not is that dependant on knowledge of, let’s say, Episode I, II , and III. That way, franchises can win new fans that might be interested to invest more later.

There you have them: three points that could make a transmedia narrative everlasting, accessible, and easy to participate to.  The entertainment business will only keep progressing. With new narrative ways entering the fray, such as social media posts, augmented reality, VR, rides and installations in amusement parks, and many more, we can be sure that our favourite universes will thrive and expand for a long time. If we could all participate at any given time, without restrictions, then it would be even better.