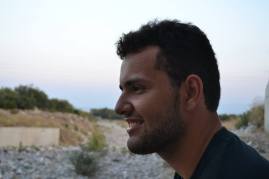 I am a media studies researcher based in Amsterdam, the Netherlands. For the past ten years, I have worked as a journalist, writing articles, covering events and conducting interviews, for numerous websites, nationwide Greek publications, television and radio, and also completed my internship as a member of the Press Office of the Thessaloniki International Film Festival, for which I also received an award of excellence. I have also done part-time, freelance consultation for concert promotion in the Netherlands. I obtained my Bachelor’s degree in “Journalism & Mass Media Studies” from the Aristotle University of Thessaloniki (AUTH) in Greece. Then, I completed my Master’s degree in the University of Amsterdam (UvA), following the programme “Media Studies: Television & Cross-Media Culture”, and wrote my thesis about fandom-based user-generated content and online communities. I am working on my PhD on online communities and video game fandom. I also became a teaching assistant at the course ‘Games’ offered by the University of Amsterdam.